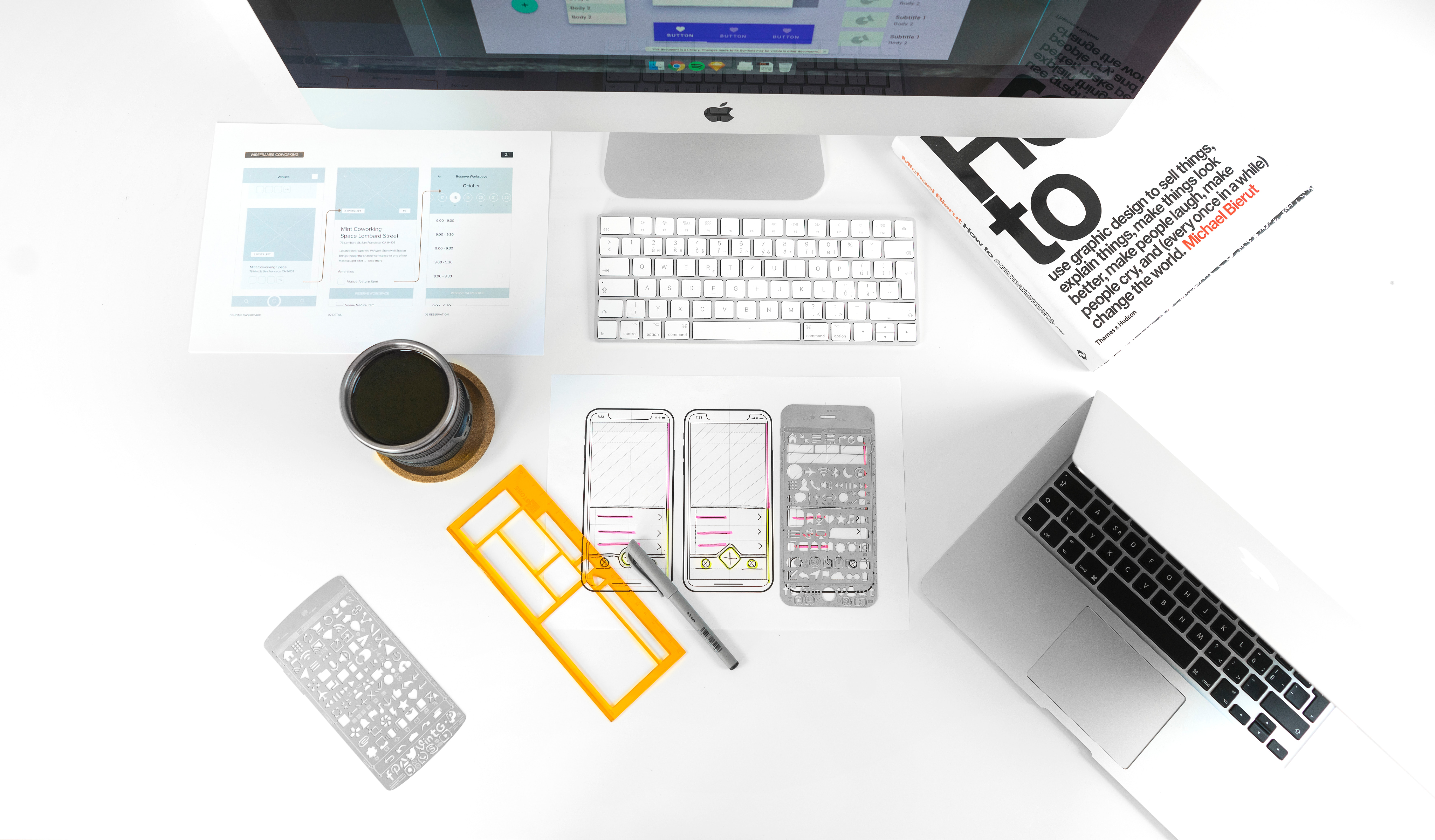 I’ve been using Sketch since I started designing ~ 2 years ago, It’s always felt like home with its familiar UI, keyboard shortcuts, overall ease of use, and well, dark mode. Being the first design tool I ever used, I found the learning curve really low which turned me into a loyal user. The constant software updates were also a nice touch.

When I saw people starting to switch their workflows from Sketch to Figma, I was skeptical, to say the least. People were telling me that it was just like Sketch, but with better collaboration. At the time, I was freelancing, and version control wasn’t something I spent a lot of time thinking about. After all, I was too busy making the logo bigger for my clients. My process at the time was simple, I’d design in Sketch, export what I needed to send a client or other stakeholders, and back up my Sketch file to an external SSD plugged into my monitor.

It was a system that worked great for my needs, but once I started taking on bigger projects, I quickly realized that my current solution wasn’t scalable.

Going bigger for the better

When I joined Mero and moved into this larger project I quickly realized how critical version control is when working closely with development teams, and other stakeholders. Even though I’m the only one designing right now, it felt irresponsible to not take this stuff seriously for when the team eventually expands. On the slight off chance, a piece of hardware fails, or wanting to look at projects from earlier, cloud hosting our design files become more of a requirement than a “nice to have”.

This led me to Sketch Cloud whose differentiator is to solve all of the problems of version control. We can host on Cloud, comment on Artboards, and there’s the code inspector for our development team, great! But as we started trying to collaborate, we realized that using Sketch Cloud isn’t as simple as it should be. It was fine at first: people can view the project as it gets uploaded through Sketch, can comment on the whole file, and see the version history. However, it became clear quickly that every-time I wanted to open our Sketch file I had to download a nearly half a gigabyte from the cloud, this wasn’t scalable.

I knew we needed something more, so this instead led me to one solution that was able to host our finished designs and design system, Craft from InVision. Here’s how our workflow looked now: 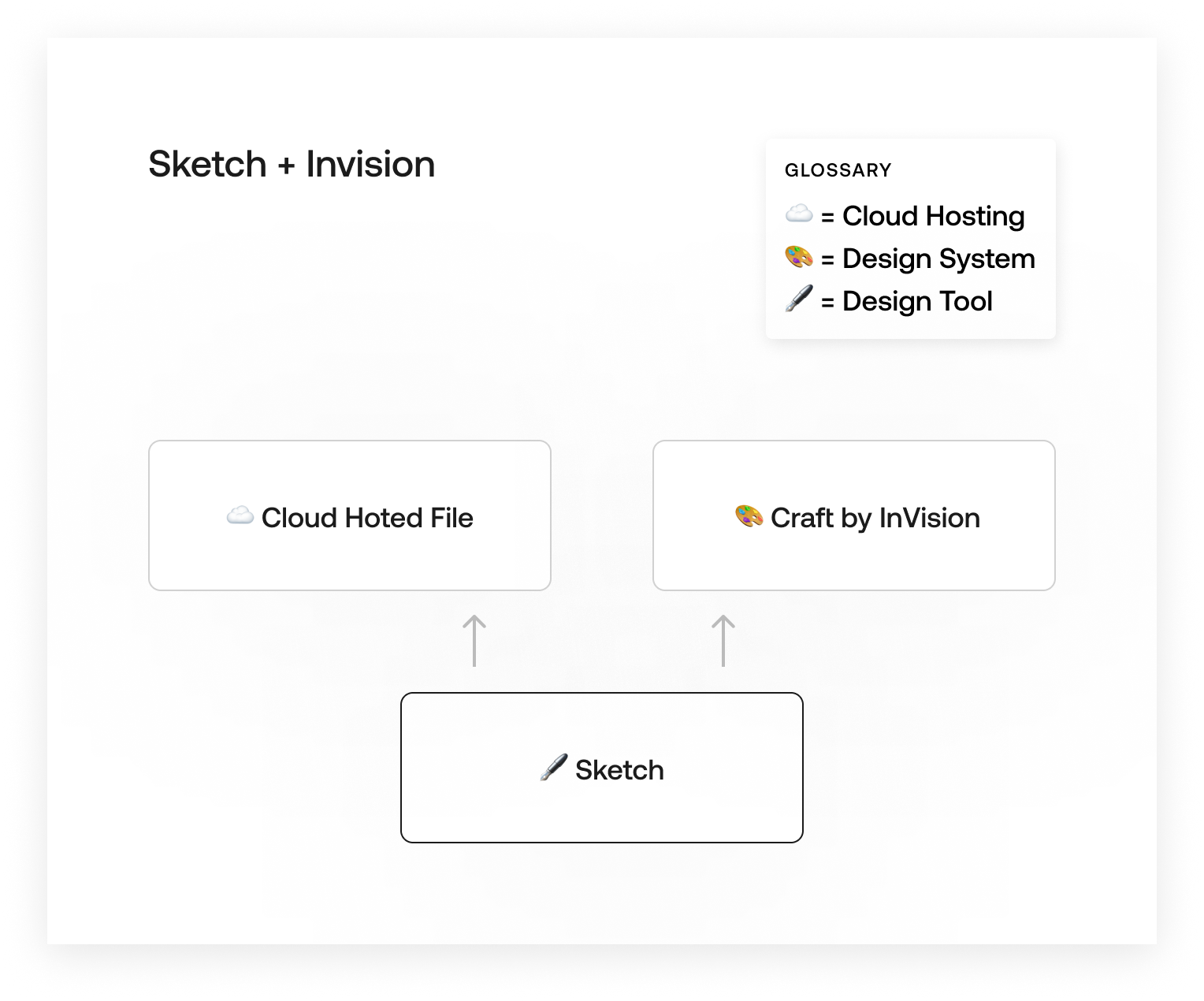 We would Design in Sketch, host our design files on Sketch Cloud or some other solution, and upload finished files + components to Craft and write documentation there. While this technically worked, it still wasn’t ideal. There was something about not using a first-party app that felt wrong for everyone.

While Craft’s Design System Manager (DSM) can host live components, it’s only available on their Enterprise plan, which is completely separate from their InVision enterprise plan. For a single designer, subscribing to both separately seemed out of the question.

“Screw It, Let’s Do It” - Richard Branson

After setting up InVision, it was functional, but still not intuitive. I hated the fact that I had to host our Sketch files somewhere else. So when redesigning a small personal project, I decided to open up Figma and it was exactly how I thought it would be. It looked 99% just like Sketch. After learning a few keyboard shortcuts later, I was off the races.

Over the next week, I set up a Figma team at Mero and started moving things over. Here are some things that I’ve loved about Figma: 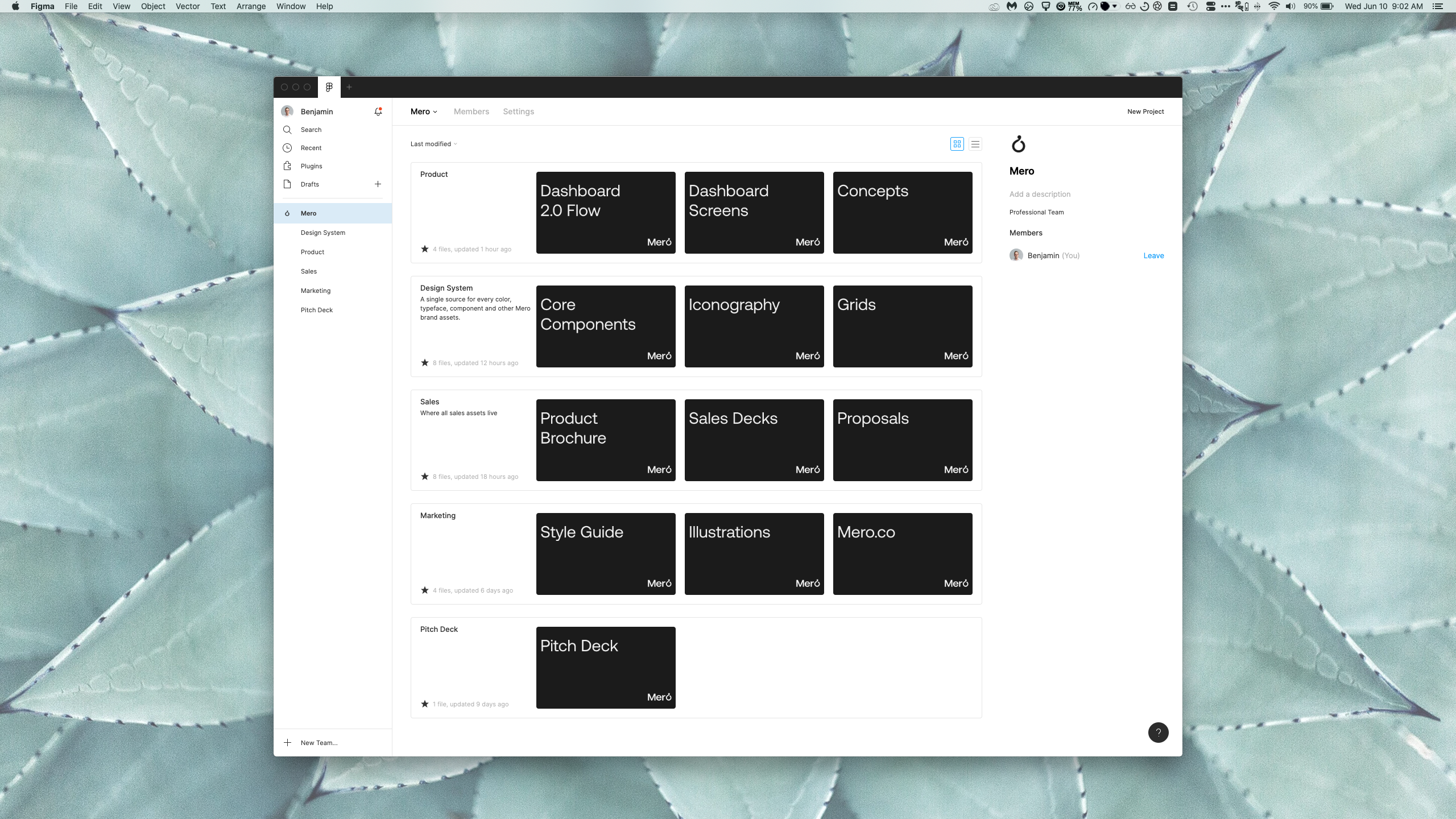 The fact that the whole team can get a look at the organization as a whole is wonderful, having separate files for everything within a project, has allowed me to easily see everything at a glance. 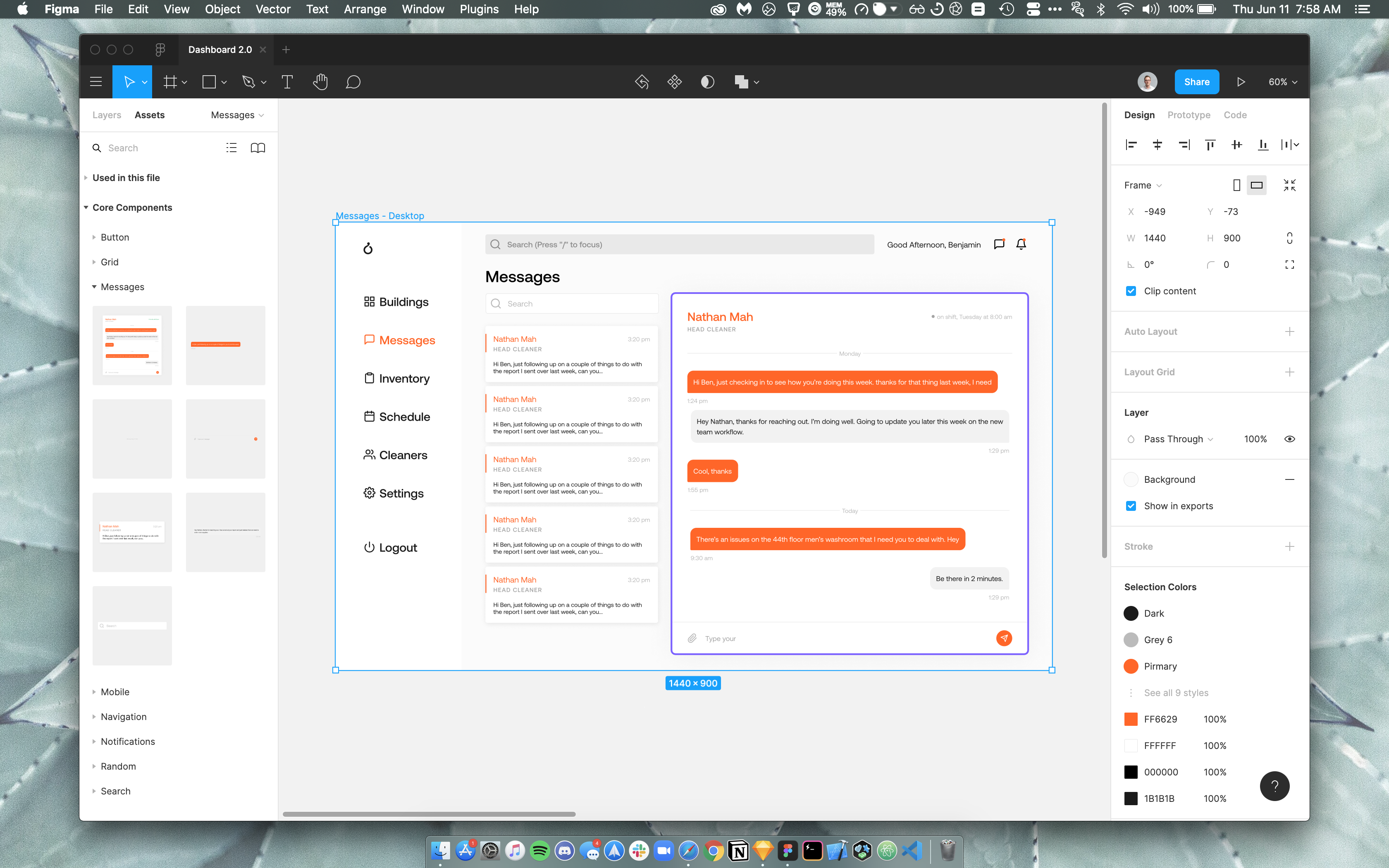 Easily being able to see components and see them nested is great, just drag them in and you’re all set. Color management within components is also a mile better, I can easily change the color or font style inline on that instance of a component, this is not nearly as fluid in Sketch.

Overall, Figma just feels much faster and fluid, no big files to download, and it’s browser-based which means I don’t have to worry about losing work due to a hardware failure. Collaborating has never been easier, I can give view access to teammates and get feedback, review other people’s work, or comment and start a quick thread, all in real-time. No more uploading back to the cloud.

Everything is where I need it when I need it. Text styles and colors transition wonderfully across our entire team.

All in all, I still love Sketch. The overall UI is still superior in my opinion, and the overall polish makes it much more comfortable to us (Dark mode). But in my opinion, what Figma has done in creating competition for the giant in the space, is nothing short of incredible. I’m very glad we made the switch at Mero, and can’t wait to see the product evolve.

Stay up to date with Mero’s new found design initiative by checking out my Dribbble.